Kelly Patterson returns to guest co host the show with Host Dave Bourne. As we talk about Left Libertarism. 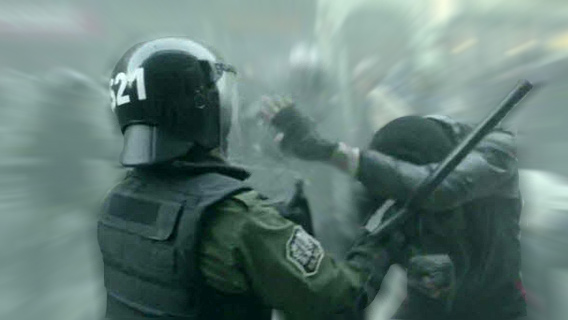 Co Host Pete Murtha and Host Dave Bourne discuss general attacks on people that believe and support true freedom and liberty not only from the government, the police and the media but by regular people as well. Also an example of this perpetrated by a law enforcement web site using propaganda to go after people simply trying to exercise their rights (http://www.leoaffairs.com/featured/anti-cop-man-goes-for-youtube-fame-embarrasses-self-traumatizes-child/)

Pete will also give an update on the case of a Citizen’s (Peoples, Common Law) Grand Jury Foreman who was charged with multiple counts of violations of color of law for submitting true bills (indictments) of government officials.

LISTEN TO THE LIVE STREAM WITH HIGH QUALITY AUDIO ON SPREAKER OR OUR WEBSITE:
http://www.spreaker.com/show/non-partisan-liberty-for-all
http://nonpartisanlibertyforall.com/live-stream/ENHANCED AUDIO ON ALL NEW ARCHIVES!!

In their latest attempt of propaganda and distortion of the facts in order to attack people trying to hold the police accountable and trying to combat the anti police sentiment that has been increasing due to the police being exposed… for who they really are, a criminal gang of extortionist and criminal enforcers for politicians. The police are now creating their own narratives via their own articles filled with distortions lies and propaganda.

They are now taking a different approach to attacking people that are trying to exercise their rights claiming that individuals exercising their rights and trying to protect themselves against illegal searches, harassment and abuse of power are not only anti cop trying to stage events to “gain fame”, but they are antagonizing and baiting the police. Claiming that the police are being baited into violating peoples rights and everything that happens is not the fault of the police but of the person trying to protect themselves. In the video taken by the man arrested for doing nothing more then not answering a question the man is not legally obligated to answer the police blame everything on him trying to exercise his rights including his crying screaming baby that is upset and frightened by the police kidnapping their parents.

Hopefully most people will see through this ridiculous propaganda, but I’m sure in a world and country of people that have statist, authoritarian ideas thrown at them on daily basis by government schools, government media and even parents, relatives and friends. I’m sure a certain percentage of people will end up buying into this BS propaganda that filming police and trying to hold them accountable as well as standing up for your rights and trying to protect yourself against police aggression is some how INTENTIONALLY IRRITATING, AGITATING, INSULTING and ANTAGONIZING the police. So goal is for the government to make this a crime based on saying that this is some how a crime against police. I hope people realize how dangerous something like this can be to the small amount of freedom that remains to expose police and the government!!

Unschooling, peaceful parenting and natural birth activist and advocate Dayne Martin (www.daynamartin.com), who has appeared on Dr Phil, Wife Swap and other various national media and on her you tube channels (https://www.youtube.com/user/DaynaLeighMartin;The Sparkling Martins) will join Co Host Ellen Ball and Host Dave Bourne to discuss how she found and adopted her beliefs and become a national known activist as well as explaining the concepts of unschooling and peaceful parenting and how they are part of raising your kids to be free and given them their natural right of freedom.

Co Host Pete Murtha and Host Dave Bourne discuss being prepared for emergencies include the potential currency collaspe as well as other emergies and not relying on the government to help you.As well nationalism and the need for various institutions and business to display the flag, as UC Irvine’s student council votes to ban the display of the US flag in areas at the school (http://insider.foxnews.com/2015/03/07/student-government-council-uc-irvine-votes-ban-american-flag

NPLFA #160 Preparedness & Not Relying on Government

Host Dave Bourne reports on this weeks police state stories and talks about self defense and the police, civil disobedience, and charges never truly being dropped. And why we need to END THE GOVERNMENT POLICE!!

What the government and their controlled media are now trying to do is not only criminalize so called “hate speech” but define it as any speech that can stir up bad feelings toward the government or the police. So what if it is true!!! Holding the police accountable and pointing out that they are criminals that murder innocent people on a daily basis by referring to factual articles and camera footage, will obviously anger some people so it is “hate speech”!! Truth is “HATE SPEECH”????

Mark Potok, of the Southern Poverty Law Center, says constructive criticism of cops can be a “good thing” in a democracy, but CopBlock goes too far. “There is a difference in putting down bad cops and bad police policies, and attacking all law enforcement indiscriminately,” he says. “WORDS HAVE CONSEQUENCES AND WHEN PEOPLE GO TO THE INTERNET AND SEE POLICE AS NAZIS AND THUGS THAT WILL KILL YOUR FAMILY HAPPILY, SOME PEOPLE ARE GOING TO REACH AND REACT WITH VIOLENCE”

Notice the last quote by Potok, him and his organization makes a living by instilling fear in the public as well as the government and works with both the FBI and law enforcement, including training local officers. He labels Cop Block and their comments as “hate speech” that inspires others to commit acts of violence.

Facists/Socialist Sentor Ed Markey of Massachusetts introduced legislation calling for the government to investigate “hate speech” on broadcast, cable, and Internet outlets. Titled “The Hate Crime Reporting Act of 2014”. Here is a quote from him regarding the bill:
“We have recently seen in Kansas the deadly destruction and loss of life that hate speech can fuel in the United States, which is why it is critical to ensure the Internet, television and radio are not encouraging hate crimes or hate speech that is not outside the protection of the First Amendment,” said Senator Markey. “Over 20 years have passed since I first directed the NTIA to review the role that telecommunications play in encouraging hate crimes. My legislation would require the agency to update this critical report for the 21st century.”

This will most certainly lead to the submission of further legislation to criminalize free speech. By using “hate speech” as a pretext the government will go after speech that criticizes and speaks out against the government and or police. And will surely persecute peaceful groups like Cop Block that merely want to hold police account and expose the murderous police state.

Historian, Economic and Geo-Political Expert, and Writer for The Secrets of The Fed, The Examiner, and The Daily Economist Ken Schortgen makes his monthly guest appearance to give us his insight and expertise into what is going on in the world of geo politics and the economy!!

Co Host Pete Murtha and Host Dave Bourne discuss how there isn’t much of a difference between the US and any other country when it comes to tyranny and rule. And how all governments at some point become tyrannical.

NPLFA# 157 The United States of Nazi