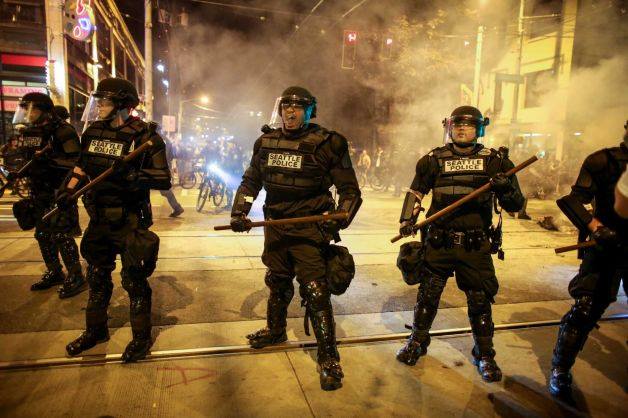 PLEASE TRY TO KEEP AN OPEN MIND AND LISTEN GOVERNMENT AND TRUE FREEDOM AND LIBERTY DON’T GO TOGETHER!!All governments have rulers that you can refer to them as something else if it makes you feel better, but they are all rulers, over you and you family. For all the people that believe going back to the constitution is the answer, if the constitution is the answer then how did things get how they are now. When you give people power over you and extra rights they will ALWAYS TRY TO TAKE AS MUCH POWER AS THEY CAN. And no piece of paper, law or any other document is going to stop them. I understand why people believe in the need for a government. But governments regardless of the type revolve around the idea that one group rulers over another and has power over the rest of the people. That is not compatible with True Freedom and liberty. So if that is the idea you support then ask yourself want is it you really want. To be free or ruled over by others. Depending on the government you are under it may take years, decades or centuries. But eventually the government will take enough power to rule over every aspect of your life. Government is much like a business and like a business it will continue to try to expand and get involved in new markets. And because they have power that the average person doesn’t the laws don’t really apply to them.

The object/definition of government is to take as much power and control as you can. And do it in a way that even the people you are ruling over think you are there to protect them and make their lives better. That the power they are taking is for your own safety. This doesn’t mean that there shouldn’t be any order in society. It simply means that natural law where you can do whatever you what as long as you don’t directly hurt anybody else is only rule of law, in a truly free society. That is true self-rule where everyone is equal, not the bull shit they claim now is self-rule. This is not something specific to the United States but different places have different levels of freedom. Government themselves being based on the concept of rulers or one group having power over others means that this is the case in all places on earth. Again there are just levels of freedom.

The US is continuing to take over more as its level of freedom drops and continues to drop quickly. There is no fixing government not the US or any other. Using the political system which is not only against you but is part of the government which is the problem is not the answer. The only answer seems to be non-compliance and banning together to not compliance with the laws of a government that has no rights or jurisdiction over your person, your body and your ownership of yourself. Yet they continue to make laws that obviously infer that the government feels they own you and everything you are allowed to do is a privilege from them. Everyone has to make their decision and drawn their own line. Do you want true freedom and liberty? Or what to be a slave with nothing but a matrix like illusion of freedom?

« THE SECRET ARMY OF THE US….ISIS by D. Bourne
Welcome to the INJUSTICE SYSTEM Netflix’s Making of A Murderer by D. Bourne »