From Prussia To America, End All Government Schools Immediately!!! 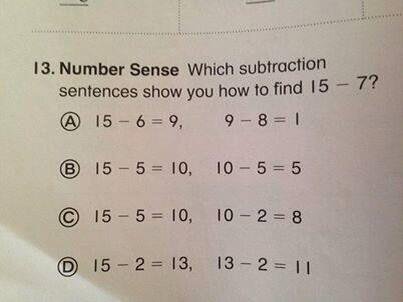 One of the most important issues facing society, parents and kids today alike is the indoctrination taking place in government schools. Although many think it is an issue that has started recently with things like common core this is an issue that like many caused by government, has been going on a long time, in this case since the beginning of formal mandatory government schools. Which are based on the Prussian system, whose kingdom included Germany and the kingdom’s people were forced to attend school. The Prussian system had two major goals one being producing good, obedient soldiers and the other creating people that agreed with the King and did not question his authority, so they would agree with his opinions and follow them and him as the King. Which of course never wanted to be questioned or be challenged causing any sort of rebellion. The children of the elite of course did not attend the school system as they didn’t want their kids associating with the “lower classes” and as they owned the majority of property and controlled much of the government funding anyway this was not an issue.

Horace Mann considered the father of the public school system in America, traveled to Prussia to investigate how the system worked. One of the things approaching at the time was the industrial revolution, which helped to convince people to adopt this system as the economy needed assembly line type workers as the country was evolving into an economy more focused on manufacturing (this was later as more states adopted the system). Some of the items that admittedly came from the Prussian system were mandatory attendance, national training for teachers, national testing for students (which could be used by government to put children in groups for potential job training), curriculum by grade, and grade grouped by age not level of the student. “Mandatory kindergarten was necessary because it served to break the influence of the mother over the child thus making the child more responsive to government influence” (Quoted from http://archive.nevadajournal.com/nj98/05/prussian.htm).

Mann, Barnis Sears, and Calvin Stove, who accompanied Mann, upon return lobbied the US government to adopt the Prussian system.Prior to their mandatory school system, according to the same article (Quoted from http://archive.nevadajournal.com/nj98/05/prussian.htm),  in 1812 out of the 7 million in the US ” Pierre DuPont wrote in Education in the United States based on the bible, “…that out of every 1,000 persons fewer than four can’t read or do numbers. According to an article in the Huffington post from 09/06/13 (http://www.huffingtonpost.com/2013/09/06/illiteracy-rate_n_3880355.html), 19% of high school graduates can’t read.

Also in the early 1800 a Ph.D did not exist in the US but did in Prussia. And after the first American got his Ph.D, the wealthy elite started sending their children to Prussia to get their Ph.D’s as well. Which helped the cause of Mann and his other lobbists. The education they received in these Ph.D programs also turned out to be socialist and collectivist in nature not about the individual and the Free Market.

Quoted from the article http://archive.nevadajournal.com/nj98/05/prussian.htm “Implementation of the Prussian System Implementation of the Prussian system was to become the goal of Edward Everett, America’s first Ph.D. As Governor of Massachusetts, Everett had to deal with the problem of the influx of poor Irish Catholics into his state. In 1852, with the support of Horace Mann, another strong advocate of the Prussian model, Everett made the decision to adopt the Prussian system of education in Massachusetts. Unfortunately for the children and poor Irish Catholics of Massachusetts and elsewhere, the system produced a willing, cheap labor force with minimal reading and numbers skills. The Everett’s of the world understood that people who could read and understand are dangerous because they are intellectually equipped to find out things for themselves, thus becoming a threat to already established power elites.”
Now we come to the present day where not only are public schools are failing the students, they are indoctrinating students at a higher level then ever before. President Obama blackmailed the schools into adopting common core which are essentially federal standards. Because federal standards are illegal each state had to adopt them on their own. The federal government was able to do this by dangling money in front of the states before most of them had even seen the requirements. All part of the “Race to the top program” but also money for schools in general. So the federal government was able to usurp the constitution, which gives school standards and curriculum to the state and usually local communities, via money. Then touting how the governors all got together to adopt these standards. Standards that were put together in Washington, by bureaucrats with huge donations by people like Bill Gates and his foundation. Just as the Rockefellers would to control education and made huge donations year earlier.

But unlike many of the conservatives and anti common core pundits, would like you to think common core is not the only problem. The whole system is the problem, going all the way back to Horace Mann and the Prussian system. There have been aspects of the system that have always existed that have no business being part of the school system such as discipline. It is not the schools job to discipline children that is the job of the parents. Part of this also relates to the various rules that exist for the sole purpose of discipline. Things like disrupting a class to the point where it effects the ability of other students to learn is one thing. But rules that exist to try to teach discipline have no place in the school system. This is all part of the training by the government to train kids to be obedient to the system.

But the federal government has taken it even further to guarantee that kids turn out to be obedient slaves of the system. Police have now been put in almost every school across the country. Along with normal active shooter drills, the school system locks down elementary schools on at least a weekly basis in Las Vegas. And even has SWAT teams come to the schools to speak to the students. Explaining their importance on an almost everyday basis. Where in reality they are occasionally needed. Getting the kids ready for the total police state that they will soon witness in their everyday lives. And by preparing them for a future where government watches everything you do, they are also trying to brainwash them, that the police state is necessary to there safety. As the children literally are our future. The government learned that a long time ago. With the people and parents failing to start telling kids the truth and treating them like human beings that own themselves, we have a bleak future.

The answer to attempt to solve this serious problem, which of course is only a matter of opinion is to get your kids out of government schools immediately. It’s understood it is hard for some parents to do, as many are single parents or come from families where both parents work. But with our current technology like the internet and many different pages that focus on networking and different groups if people are determined to find a way to home school their kids, it may be hard but with hard work, they should be able to. Along with that, peaceful parenting not only that has to do with not hitting your kids, but treating them like human beings that own themselves is just as important. It is their lives to live and their mistakes to make. Of course this approach requires more time parenting and talking to your children but also gaining their trust and maintaining it. Let them know that it is their life but you are there to help them accomplish their dreams and want they want out of life. Not to control them and use them as our own slave that you feel you own because you made the decision to bring a life into this world. How many parents answer when a kid asks “why” is “Because I said so”. Just like the police or just like the government says so.

Many Parents fail to remember that they made a choice, whether it was to purposely have a kid or not use protection or make alternative decisions. And as much as you thing you have a claim on their live it is their live to live. Almost all parents have kids for their own benefit. Where it’s wanting to raise a child or have someone to love or live vicariously through them. What most parents are now doing is along with government schools, politicians and government media  is assisting in training their kid to be a slave to the government, that at the age of 18 gets turned over to their new parents the US government. Which has also been making laws against them and watch them since birth.

Listen Tuesday thru Thursday to Non Partisan Liberty for All LIVE at 7pm pst (10pm est) at http://nonpartisanlibertyforall.com/live-stream-by-show/ and http://www.spreaker.com/show/non-partisan-liberty-for-all

« The Government a Bigger Threat to Your Freedom then ISIS??
NPLFA #265 “How The War on Drugs Helped Destroy Freedom”! »