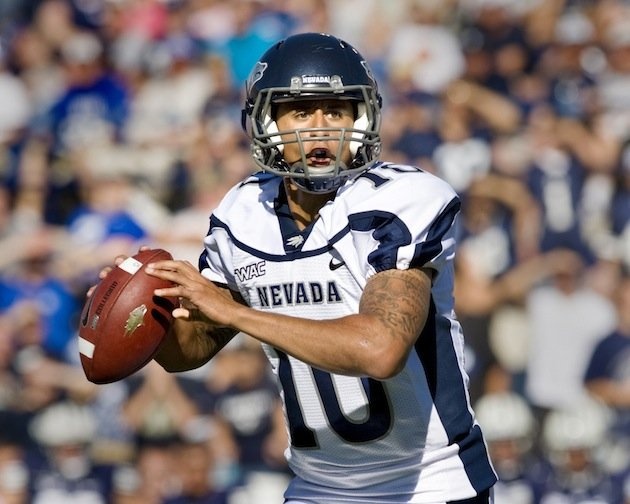 As a UNR (along with UNLV) fan I watched Colin bring UNR to a 13-1 record his senior year. Although not a 49er fan I still rooted that he did well with San Franciso after being a fan of his at UNR and loved watchijng his talents in the pistol offense. And have both his home and away UNR jersey’s. Which I proudly wear representing UNR but now even more proudly, unlike the oppress American flag. I never stand for the national anthem at any UNLV or 51’s game I go to and never will. Even though I honest fear someone will try to attack or start a fight with me (which haven’t happened). Regardless of why or his personal circumstances he has the guts to risk his career especially when he is in a battle for the starting QB job. Honestly this shouldn’t even be an issue. But it’s front page with people attacking him and burning his jersey in SF. I’m tired of this nationalism and celebration of the military before every game little league to pro’s. It is sickening and I’m glad someone espeically after I talked about no one standing up anymore on Thursday’s show, stood up by sitting down. No one in the armed forces and government has EVER DONE ANYTHING TO PROTECT MY FREEDOM. I (Host Dave Bourne) will discuss this and more including the fear and pressure for even the fans to stand up during a game.The political correct and government supporting NFL and more!!

NOW BROADCASTING 24/7 along with the live shows. We will broadcast prior shows, specials and other content!!!

And checkout our new FACEBOOK PAGE which posts about the shows ideas for trying to preserve whatever true freedom and liberty we can:
https://www.facebook.com/NPLFAPresentsTheNonComplianceMovementBacked/